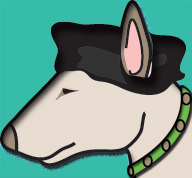 Erasmus: They are numbered one to nine. I’ll briefly summarize what I believe to be some of their characteristics in the Ennegenes (enneagram gene) model. Now remember, other authors may have a slightly different point of view, because my view is based on what I believe the underlying genetics of the people involved are. If you have a particular gene, you will act in a way that a particular gene will program for you.

Enneagram Twos are Thinkers with a very strong forceful underlying Drive or motivation to do. Action tempered by a layer of preconsideration, maybe even described as cynicism. Twos are supporters, but at a price. They can really twist your arm brutally to get what they want, and their preconsideration and thoughtfulness can tinge into sneakiness and cunning. A “two” can be the wind under your wings. If things aren’t going their way, they can clip your wings quite nicely also. They seem so nice. They would do “anything”” for you, but at a price. Never deny a “two”, for vengeance and retribution may swiftly follow. Still lots of men / maybe even women love the “supporter” aspect.

I think the key aspect of the two is that they consider the possibilities within a situation and how they impact on themselves and others. Consequently they are very aware of how other people are affected by a situation. Twos have the personality power genes of the enneagram eight as well as the thinking gene of the enneagram six. This means they decide quickly how they can help themselves and others in any situation. In short the wind under your wings or the power to clip your wings as well.

For example, normally in groups at public restaurants, people are very accepting and tolerant of adverse events as they unfold. And enneagram two that I know, quickly worked out that I did not have a desert and that the most likely desert to be delivered next would be the cheese platter. She asked me if I would like the cheese platter or if I would prefer one of the usual deserts that had been served to everyone else. I indicated acceptance of the situation however it unfolded but a preference for the dessert.

She immediately hailed the waiter, told him my preferences and undertook to also remedy the situation for other people at our table. This whole behavioural sequence is something that very few other enneagram types would probably launch into or be comfortable with. But for a two, understanding other people’s needs and executing a solution – creates a problem which is simplicity itself to solve with a very direct and powerful approach.

Kinkajou: Other Stories: The sexual “two”

Erasmus: Another girl I went out with was a sexual two. She was a nice supportive girl. In fact, an insidiously pervasively supportive, with a soft personality that literally said: “I would do anything for you”.

My brother was married to a “sexual two” as his first wife. That exactly what she used to say as well. 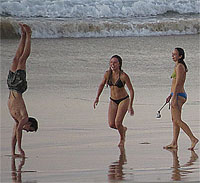 I had a lot of trouble coming to terms with someone who would say such a thing. Was it possible that there were people who could be so supportive, having a need almost to put your needs in front of their own. This seemed impossible to me. (There are people who do think and work like this. Generally many are Enneagram “twos”, and that’s exactly what they are like and exactly what they say).

In my family, we were essentially a self-pres family: all for none, none for all and one for only oneself. There was family interaction and family loyalty, judging by our care for our ageing ill parents. However, we had the social cohesion of a herd of cats. We were quite happy to act, think and work independently with no need for approval or reference to the group. “Self- pres” tends not to have a sense of optimism inherent in the other personality subtypes. Things don’t have to work out well. You need to learn to stand on your own two feet and to operate you own life independently of others. 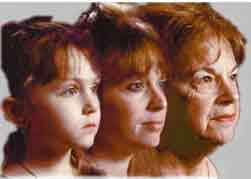 There is nothing remotely like “sexual two” level support in this type of family, and nothing even approaching the general sense of family. A “sexual two” for a family like mine is a really strange animal. I consequently had a great deal of trouble believing that a “sexual two” could be for real. In fact, I was frankly dubious that such a person could in fact exist.

However, what really made me pull the plug on the girl, was the discovery of the other aspect of “two” behaviour. Yes, “twos” are good supporters. But, there is a price. They DO expect some reward for their loyalty, help and support. They really do think about things and have a subtle if forceful assertive way of convincing you to look at things their way and of making you go the way that they may want you to go.

The girl had a relationship previously with another partner and had developed some intimacy with the previous partner. She said she would do anything for me; but, now no more until we were married. I became quite upset with this behaviour. If she was that easily willing to twist my hand behind my back at this stage of the relationship to get what she wanted, God help me if you married her and she wasn’t getting what she wanted. 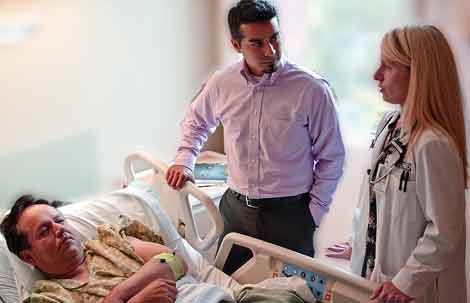 “Twos” demand a payment for their loyalty and support and they can be quite bloodily insistent on getting it.

I probably disagree with the Enneagram description of “twos” as supporters. They may be better regarded as “thoughtful” types, courtesy of their serotonin gene with enough power to push (courtesy of their slow histamine genes”). Powerful Deciding and Doing genetics on a base of thoughtfulness and consideration. 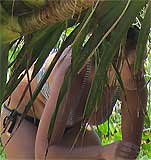 Back to the colour of the relationship. My brother married a “two” in his first marriage. She was a lovely women, fiercely loyal to him, very supportive, literally the wind under his wings as he often describe her. He told me about how once he talked to her about leaving his current job and setting himself up in private practice. He was more than a little tired of the competition and back stabbing at work.

When next he discussed his thoughts a week later with his wife, he found she had surged ahead. She had found good premises at a reasonable rent, had started the negotiations to, lease, had found a source of cheap furniture and had even lined up family members to help with the move, installations, fittings and the move. She was indeed the sort of woman who would do “anything” for you. My brother often describes that this was exactly what she would say, and exactly what she would do. It was a very sad day indeed when my brother’s first wife died of cancer.

Again, I would say that the colour of the personalities was important. Yes they were both “sexual twos”, but in my brother’s case, the long term goals were more in tune with his and less aimed at getting what she  wanted out of a relationship. The women had quite different attitudes to exploiting their intimates in return for their loyalty and support.

Mother Theresa: the ultimate supporter of the poor . Finally acknowledged.

I think you can see an aspect of “intelligence” as well. My enneagram “two” completely miss read the potentialities of the situation. These sorts of demands are “make or break” for most relationships. So there is a time to ask and a time not to ask. You can ask when the relationship is established and becoming committed. But to ask before this time, highlights the scheming and conniving nature of the person with whom one is attempting to form a long-term relationship. A description which some authors have described as “better to gnaw off your own arm, than to have anything more to do with this person”.

But in their defence, I believe supportive enneagram “twos”  really do deserve a reward for their efforts. Relationships are about mutual love respect and gain. Each person must find the other person to be an asset unto them. Rewards need to flow two ways for relationship to work.

The "Two" : a supporter's perspective.